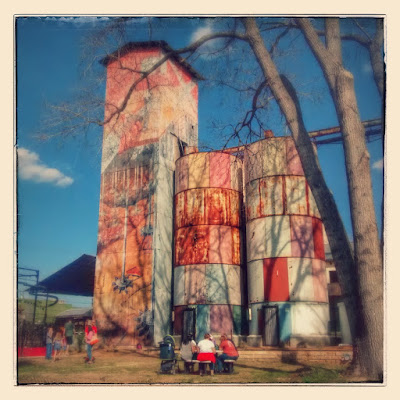 I was so excited when I found out that there was a new science museum opening nearby. My son is now 9 years old, and so he tends to be in the "in between" stage for museums: some he's clearly too old for, and others he doesn't quite have the attention span to fully enjoy. I had a feeling a hands-on museum would be just his speed. Thank goodness, I was right. The Hill Country Science Mill delivered. 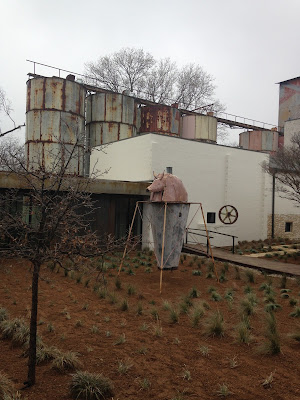 The first thing you'll notice when you drive up (which was roughly an hour from our house in central Austin) is why "mill" is part of the museum's name. In fact, the museum is built around a steam grist mill which was built in 1880 and which had converted into a flour mill, feed mill and even served as a restaurant and entertainment complex.

The museum was founded to help young people connect scientific principles to every day life and to learn about careers in science they may have never considered. The Science Mill is the epitome of hands-on, and in fact the first thing you do when you enter the museum is to design your own avatar.

Once you have your own avatar, you scan a lanyard around your neck at each exhibit to track your progress. You can even continue exploring after you return home. 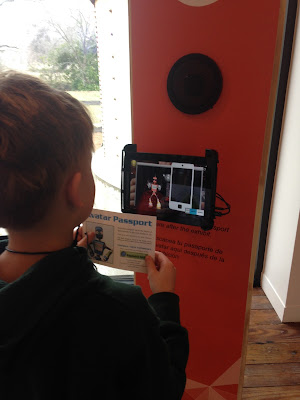 I don't want to reveal everything about the museum, but I will mention our favorite exhibits: 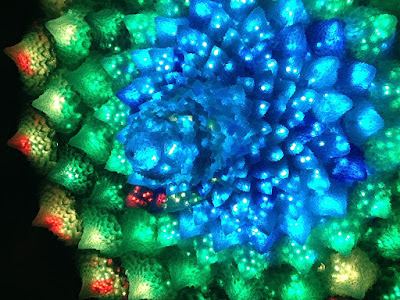 No photo can quite do the Fractalarium justice, so you'll just have to take my word for it. This combination of mathematics and biology (which looks like the fancy type of broccoli you might have seen at farmers markets) is mesmerizing. 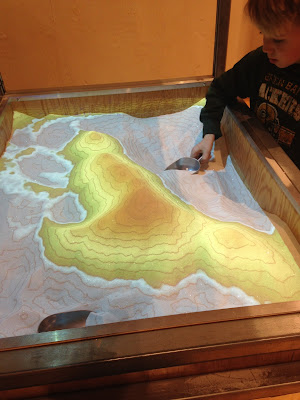 My son's favorite part of the Science Mill was Dig In!, the real-time topographic map. By moving the sand, you can create hills, mountains, valleys, rivers, dams and more.

My husband's favorite part was probably Mindball, which allows participants to move a small white ball across a table using electrical brain activity.

Another favorite of all of ours was the Cell Phone Disco, which senses the electromagnetic radiation inside of our mobile phones to create a dazzling light display.

I should also note that there is a section of the museum designed especially for the younger visitors: the Young Explorer Zone. Preschoolers and their families can enjoy a Dream Table, Magnetic Ball and Gear Wall (we all tried out the Dream Table - super cool!) Although there are several restaurants closeby, you can enjoy a meal (think salads and flatbreads - not just fast food!) at the Lady Bird Lane Cafe. There's also a nice little picnic spot under large oak trees directly across from the museum if you plan to pack a lunch.

In addition to the permanent exhibits, there are plenty of rotating exhibits which will make every visit to the Science Mill unique.

Our first visit happened to be on a freakishly cold February weekend, so the outside area was closed as it was literally icy, so we need to make it back there soon. My son has asked multiple times to return, so I'm sure we'll be back before summer is over.